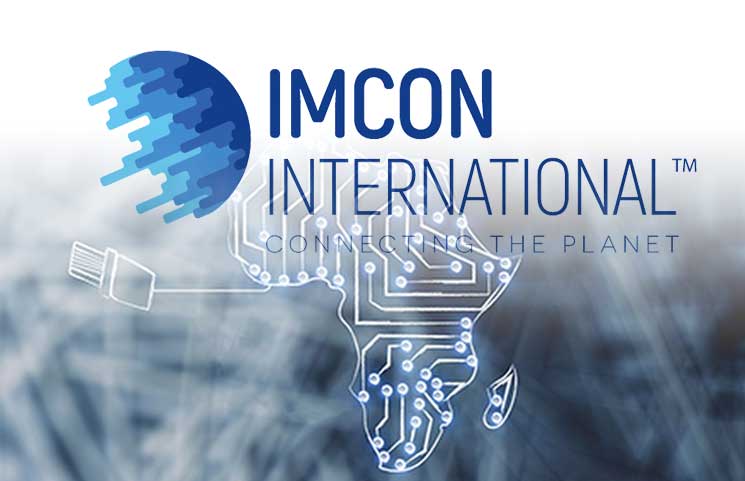 The developer of the Internet Backpack, a remote connectivity solution that allows users to be able to communicate from almost every location on the planet, Imcon International, Inc has announced that its in teaming up with the School of Information Studies (iSchool) at Syracuse University to partner with the Republic of Liberia to collaborate on 40 in 2021, a far reaching $150 million project that will digitally transform Liberia by increasing the nation’s current internet penetration of about 7% to 40% by 2021.

Rob Loud, CEO, Imcon International, Inc. and Elizabeth D. Liddy, Dean of the iSchool made the announcement and informed that a delegation that included senior Imcon representatives were in Monrovia last week to meet with high ranking Liberia government officials. Those who sat at the meeting from the government side includes The Minister of State for Presidential Affairs (Hon. Nathaniel McGill), the Minister of Education (Professor Ansu D. Sonii) and the Minister of Health (Dr. Wilhemina Jallah).

Honorable McGill indicated his support for the 40 in 2021 Project, noting the potential significant value to the country, especially the benefits to be gained by Liberia’s ailing Education and Health Sectors.

Dr. Jallah and Professor Sonii also showed their support for the project by signing the Memos of Understanding, for their respective agencies, to formally launch the 40 in 2021 project partnership.

Mr. Loud said the Internet Backpack is a revolutionary technology and a ground-breaking solution with multiple applications for use across the planet. He added that this alliance will dramatically jumpstart their ability to extend their proprietary technology and effectuate positive change for underserved people as well as for those in remote areas without access to standard connectivity. According to Loud, the Liberia project is the first of many projects they envision rolling out on a global scale over the coming months and years.

Imcon International is to provide up to 6,000 Internet Backpacks for about $30 million as well as edgeware, through its partner VMware, to the Republic of Liberia for education, healthcare, rural community and government use, connecting the internet to all schools and hospitals throughout the country.

Dean Liddy said they are pleased to take part in this project with Imcon and lend their technical and research expertise to this important endeavor to increase Internet connectivity across Liberia and other locations around the globe. The iSchool is deeply committed to leveraging its academic and scholarly resources to improve the world.

Further details of the project include a project-based learning curriculum through Imcon’s education partner One Planet Education Network (OPEN). Imcon will also implement a nationwide broadband network dedicated to the nation’s Education and Healthcare system and deploy and maintain Liberia’s first Electronic Medical Record (EMR) system through its partnerships with Hu-manity.co and OrbHealth.